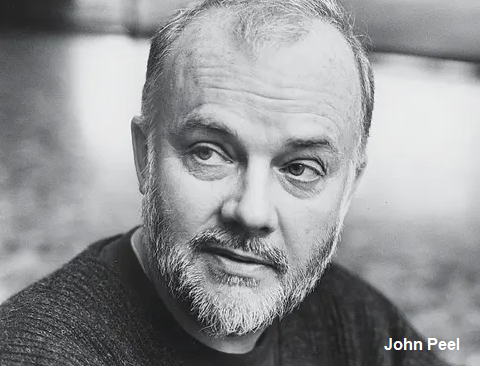 Music memorabilia and records once owned by the celebrated former B.B.C. disc jockey John Peel, including a signed mono pressing of the 1968 album ‘Two Virgin’s’ by John Lennon and Yoko Ono is to be sold at auction in June.

Peel’s family said in a statement: “John/Dad was in a position to have access to many of the most celebrated people and events in the history of popular music. This is reflected in a wealth of souvenirs he collected. In going through the accumulation of 40 years of pop music moments, we decided that some of the most interesting items might find a home, with fans of his programme or of the artists whose music he played.”

Among the other items up for auction in Live in Session: Property from the John Peel Archive are a handwritten letter signed by David Bowie, a 7in of Nirvana’s 1988 single Love Buzz/Big Cheese and the BBC Radio 1 DJ’s horn gramophone, which sat on his desk at the family home in Suffolk fondly known as Peel Acres.

The Lennon/Ono pressing is estimated to sell for between £15,000 and £20,000. The auction will be held at Bonhams Knightbridge, London, on 14 June.

Article courtesy of The Guardian