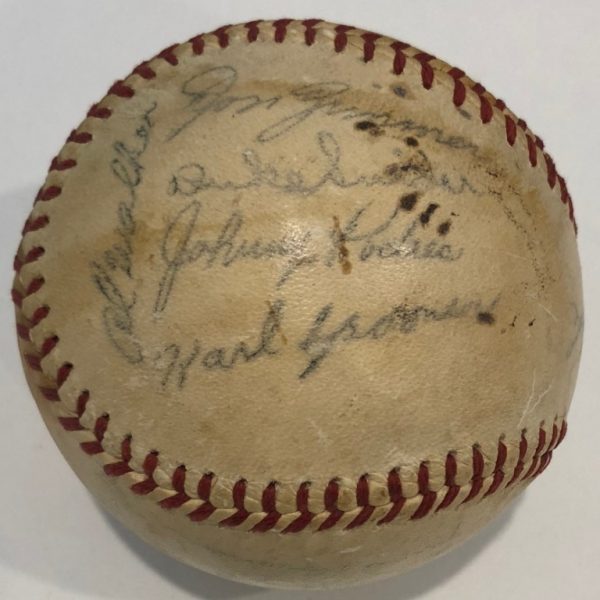 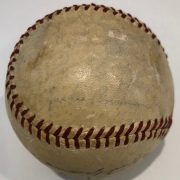 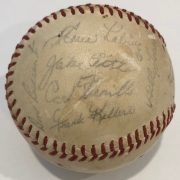 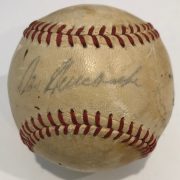 Title: 1955 Brooklyn Dodgers team signed baseball
Signature(s): Entire team however some signatures have faded over the years and the visible signatures include: Jackie Robinson, Al ‘Rube’ Walker, Don Newcombe, Billy Loes, Don Bessent, Don Zimmer, Duke Snider, Johnny Podres, Karl Spooner, Clem Labine, Carl Furillo and Frank Kellert.
Edition: N/A
Certificate of Authenticity: Australian Memorabilia Association (AMA 30006)
Description: In 1955, the Brooklyn Dodgers finally fulfilled the promise of many previous Dodger teams. Although the club had won several pennants in the past, and had won as many as 105 games in 1953, it had never won a World Series. This team finished 13.5 games ahead in the National League Pennant race, leading the league in both runs scored and fewest runs allowed. In the 1955 World Series, they finally beat their crosstown rivals, the New York Yankees. It was the Dodgers first and only World Series championship won while located in Brooklyn.