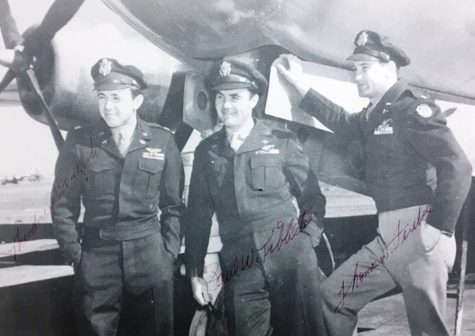 Enola Gay signed by the 3 pilots