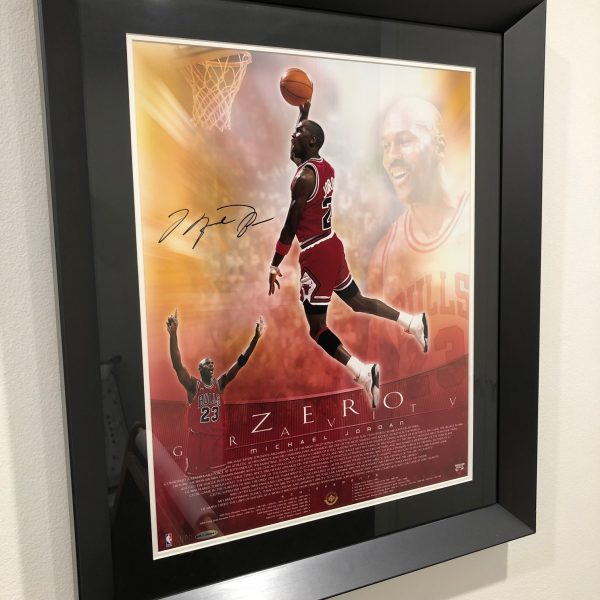 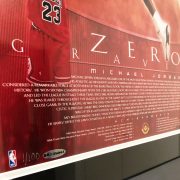 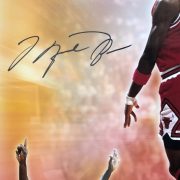 Description: On 3 August 2006, the limited edition ‘Zero Gravity’ was personally signed by Michael Jordan and released Exclusively to Australia. The organised signing was conducted through Upper Deck Authenticated and a limited release of only 100 units were done. The entire edition sold out quickly and this very special edition #1/100 is the only one left in the marketplace.

The print details MJ’s brilliant career and features three iconic images.  The main image shows Jordan flying through the air on his way to his patented one handed slam dunk.  The second image has Jordan holding up 6 fingers after he won his sixth Championship and the last image shows Michael in his familiar home white jersey.  The presentation has been done to archival standards and is double matted witha deep black timber frame.

Michael Jordan memorabilia has skyrocketed in price over the last few years and this piece is certainly a hard to find collectable that will continue to grow in value.  This one is for the astute collector.