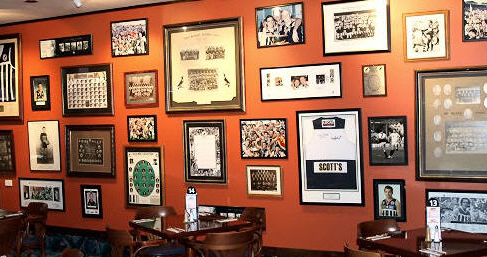 EXPERTS say there are three categories of sports memorabilia

(1)  The first and usually most valuable is something directly linked to a player or sports event. It could be a Test cricket ball or a ball from a grand final.  There’s players’ clothing, like a jersey or a blazer, or a baggy green worn by a Test cricketer.  These personal artifacts are the most realistic examples of sports memorabilia.

(2)  The second is your memento from an event. It could be a ticket or a program from an event or a photo you took. It’s important to you, but mostly it doesn’t have any commercial value. It could be a trophy your father won at golf, a swim cap from a triathlon or a medal from a fun run.

David Poole f Sports Online said people attributed meaning to these pieces.  “It’s a memento of a great experience to them,” he said. “It could be a program from a football game or a ticket to a cricket Test. “They remember that day. It meant a lot to them. So the ticket or program is memorabilia to them, but nobody else.”

(3)  The third is manufactured memorabilia, like framed autographed photos, miniature cricket bats or jerseys. These are the most common form of memorabilia we see today. Many of these are mass produced in large numbers.  Sports Historian Tom Thompson says “The least interesting are large signed editions. However, an edition of 100 or less usually holds its value”.