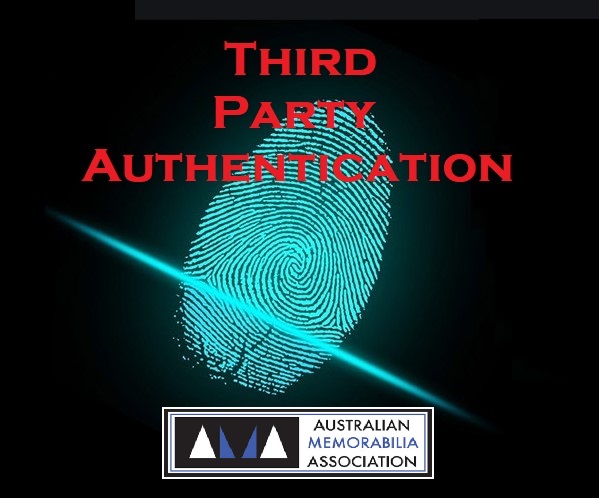 The Importance behind Third-Party Authentication

One of the toughest decisions any collector faces is when to part ways with all or some of their collection. It’s often based on finances or lack thereof, and brings with it an emotional toll. It could also be a move that’s made to trade up with the hope of landing another item that means just as much to the collector, if not more.

Personally, I have acquired many autographs in person as I’ve watched athletes and celebrities jot down their signatures sometimes even adding inscriptions. These moments are etched forever in my mind although few, if any, were actually caught on camera.  What I haven’t always done is get my items authenticated after the fact because I watched the items signed.  However, knowing that these items become keepsakes or investments, I decided to get them all Third-Party authenticated to give me peace of mind.

In the USA, PSA is the leader in Third-Party authentications.  They first introduced their autograph authentication division in 1998. Today they have collectively certified more than 35 million collectibles with a combined value of more than a billion dollars. It’s a staggering figure, but in today’s hobby climate where forgeries and duplicates still exist, it’s a necessity when it comes to selling your treasured items.

“The services offered by PSA allow everyone to ‘speak the same language,’ which makes the sale of items quick and easy,” said Brian Dwyer, president of Robert Edward Auctions in the US. “We often consult with non-collectors who are unaware of just how important authentication is for the success of their items at auction”.

Today auction house presidents wouldn’t have it any other way. People want to know what they are buying is the genuine article.

In Australia, The Australian Memorabilia Association provides the same Third-Party service.  Auction houses such as Lloyds Auctions rely on their findings to realise success of the items they auction.  As a collector, an unbiased professional Third-Party authentication will provide you the comfort of knowing the collectible is authentic and will hold its value.