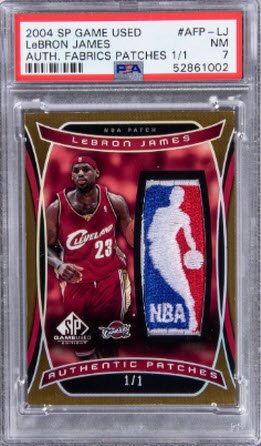 A Christmas gift from 16 years ago is about to turn into a seven-figure windfall for one sports memorabilia auction consignor.

“Chris” pulled the LeBron James 1/1 Rookie Logoman card from 2003-04 Upper Deck SP Game Used Basketball on Christmas morning 2004. Not long after, he took it to a local card show where someone offered him $1,700 for it. He turned it down and stuck the card away, all but forgetting about it. Good thing, too.

His brother-in-law alerted him to the recent boom in sports card prices and Chris got in touch with Goldin Auctions, where the newly graded PSA 7 card is expected to fetch at least $250,000.

“It’s kind of been a mad scramble since this all happened,” he told The Action Network for this story.